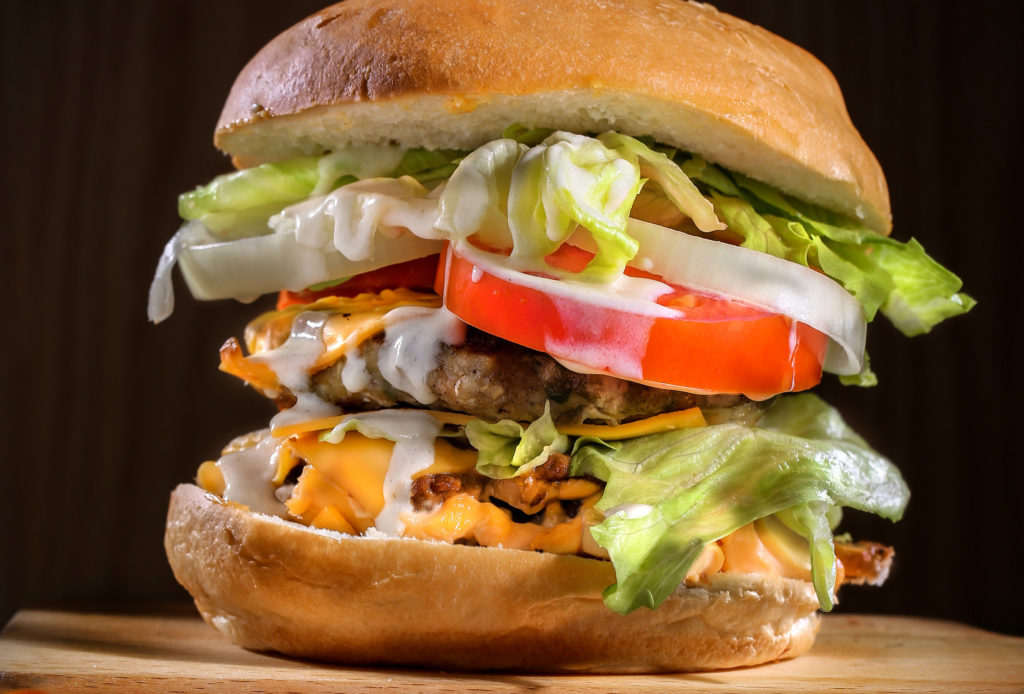 In the good old days—before the fears of e‑coli and mad cow disease cast doubt on meals made of ground beef—our nation’s hamburgers were mouth-watering works of art! When America’s burgermeisters first slapped the hamburger sandwich onto the public griddle of the drive-in diner, motorists lauded it as the perfect portable snack. Along the roadsides, restaurateurs cooked and served them up with unabashed style.

Unfortunately, the heyday of the simple, great-tasting hamburger didn’t last long. The impersonal age of fast food franchising saw to its quick demise. After the McDonald brothers perfected their burger-making brainstorm during the 1940s and proved that it could streamline the process, it didn’t take long for the gospel of the speedy hamburger to spread nationwide. Infected by the virus of efficiency, mom and pop operators gave up their tried and true ways and converted to the doctrines of fast food.

Within two decades, the once glorious burger lunch was refined to the point of tastelessness. In the name of efficiency and lower consumer cost (and profits), the burger chains did everything they could to re-invent the time-honored sandwich-making traditions of ground meat and bun. They reformulated the toppings, piled on gobs of special sauce, and even redesigned the sacred patty itself. “Hold the pickles and hold the lettuce” became the new mantra of choice.

By the 1970s, the hamburger reappeared with a brand new identity. Shed of its familiar paper wrapper, it emerged from a white cocoon of Styrofoam with a taste to match. The franchise wars heated up and the majors mobilized their artillery to the television screen. After a 20 year battle, a formidable trio remained: McDonalds touted their Big Mac, Burger King their own Whopper, and Wendy’s the Big Classic.

Sadly, the unique, homemade properties of yesterday’s ground beef sandwich became a casualty of war. Meat patties as thin as worn shoe soles became the norm along with mass-produced buns. The toppings suffered as well: Lettuce became a lackluster afterthought and tomatoes took on distinct wooden properties. For devotees of this once tasty American icon, it appeared that the one-at-a-time, backyard barbecue attitude of the burger was lost for good. Every brand tasted pretty much the same.

Fortunately, the final years of the 1990s brings with it the promise of new sizzle! As the franchise clones watch in disbelief, sit-down eateries are reclaiming the market. By offering bigger and better products than their car-oriented competitors, restaurants are once again treating the savvy consumer to bodacious burgers. This year, the venerable Denny’s Coffee shop chain introduced one of the most  visible offerings, a new line of man-sized burgers advertised to a national television audience. These babies take two hands to hold!

The tasty Tex-Mex style chain known as Chili’s has thrown even more fat into the fire with the catchy question, “what do you call hamburgers that are grilled one at a time by a person?” As the skilled hands of a chef assemble a beautiful masterpiece of a hamburger, TV viewers are given the obvious answer: “absolutely delicious!” Chili’s new “Big Mouth” burgers have turned the hamburger world on end!

Of course, the fast food chains are retreating behind the griddle to retool their assembly lines. Even McDonalds is rethinking their much ballyhooed Arch Deluxe sandwich. Recently, a spate of articles in the Wall Street Journal cited lackluster response for the designer burger and trouble at hamburger central. Management’s answer? Rename it the “Big and Juicy.”

It’s a wonder why the major players aren’t getting the message. After all, it’s a no-brainer: Forget the flashy names, combination-meals and giveaway gimmicks. Produce a hamburger that tastes the way a hamburger used to taste in the “good old days.” Make it simple, fresh, and use quality ingredients. With that, an entirely new generation of Wimpys will thank you ... and gladly pay you Tuesday for a hamburger today. 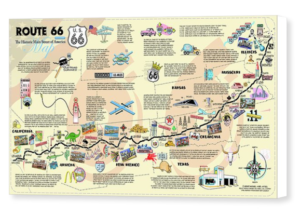