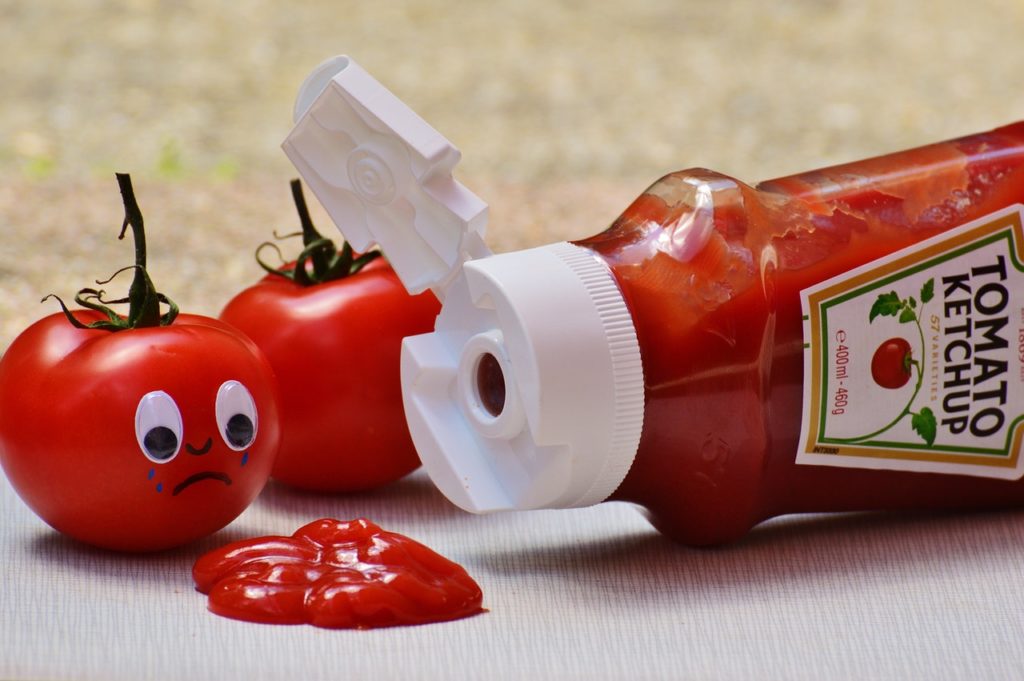 Is “fast-food” just a vehicle to consume massive amounts of ketchup? • Courtesy of Pexels.com

Ahhh ... that tangy, thick, and sticky condiment known as ketchup—where would American road food be without it? Certainly, drive-ins, diners, coffee shops, and in many cases—fine restaurants—wouldn’t be the same. Burgers would be bland, fries embarrassed by their nakedness, and hot dogs robbed of their bite. In a world devoid of the red sauce, Archie Bunker would have starved.

Historians trace the ancestry of the zesty mixture as far back as the Roman Empire. Ancient cooks created a sauce from the entrails of dried fish they called “garum,” a highly prized addition to the dinner table. The more familiar word “ketchup” however, probably had its origins in the 1690s, from what the Chinese called “kôe-chiap” or “kê-tsiap.” Created from the brine of pickled fish or shellfish, it was the Orient’s answer to a flavor enhancing food additive.

After the East India Company opened trade with the Far East during the sixteenth century, the port markets of Singapore became a favorite place for sailors. There, exotic dishes accompanied by a tasty hot sauce dubbed “kechap” were hyped by Malaysian vendors. The dressing became an immediate favorite and promptly exported when the seafarers returned home (the Dutch renamed it Ketjap). Before too long, frazzled housewives began experimenting with the recipe, attempting to recreate the tantalizing concoction that their well-traveled husbands were raving about.

It came as no surprise that Mrs. Harrison’s Housekeeper’s Pocketbook and Mrs. Glasse’s Cookery Book began featuring recipes during the 1700s to aid the creative cook in her kitchen adventures. But, since the exotic ingredients used in the Indonesian mixture were not available in England, home cooks cleverly substituted a variety of other staples. Ketchup made of mushrooms became the first choice, followed by a puree based on tomatoes, walnuts, anchovies, and even oysters.

Despite the variations, the notion of ketchup as a food enhancer began to grow in popularity. Sailors returning to America eventually brought the sauce with them across the Atlantic, adding the tomatoes they gathered during expeditions to Mexico or the West Indies. Their families loved the taste, and soon, tomato seeds were planted so that they might have their own personal supply of the prime ingredient.

Suddenly, women realized that the task of mixing up large batches of the condiment was added to their wifely duties. It was a laborious job, requiring an entire day of stirring just to ensure that the pulp didn’t stick to the bottom of the pot. Around this time, a man by the name of Henry J. Heinz saw his opportunity in this work and wasted no time adding ketchup to the line of condiments he was producing for sale. In 1876, he began to manufacture and bottle America’s first commercially processed tomato ketchup.

Since then, ketchup has risen to its place of prominence as the supreme comfort food condiment for the masses. The distinctive multi-faceted bottle has established itself as an icon of the fast food table top, taking its rightful place alongside salt and pepper shakers and the napkin dispensers For the frenzied aficionados who thump, shake, and pour the piquant sauce upon every conceivable foodstuff known to man, there is nothing that compares!

Move over, mayonnaise, mustard, and secret sauce—tomato ketchup reigns unchallenged as the primo flavor enhancer for junk food—coast to coast. Call it ketchup, catsup, or catchup—nobody really cares. Just be sure that there is a full bottle on the table, an ample supply in the squeeze pump, and at least a half-dozen of those little plastic packets in the bag!