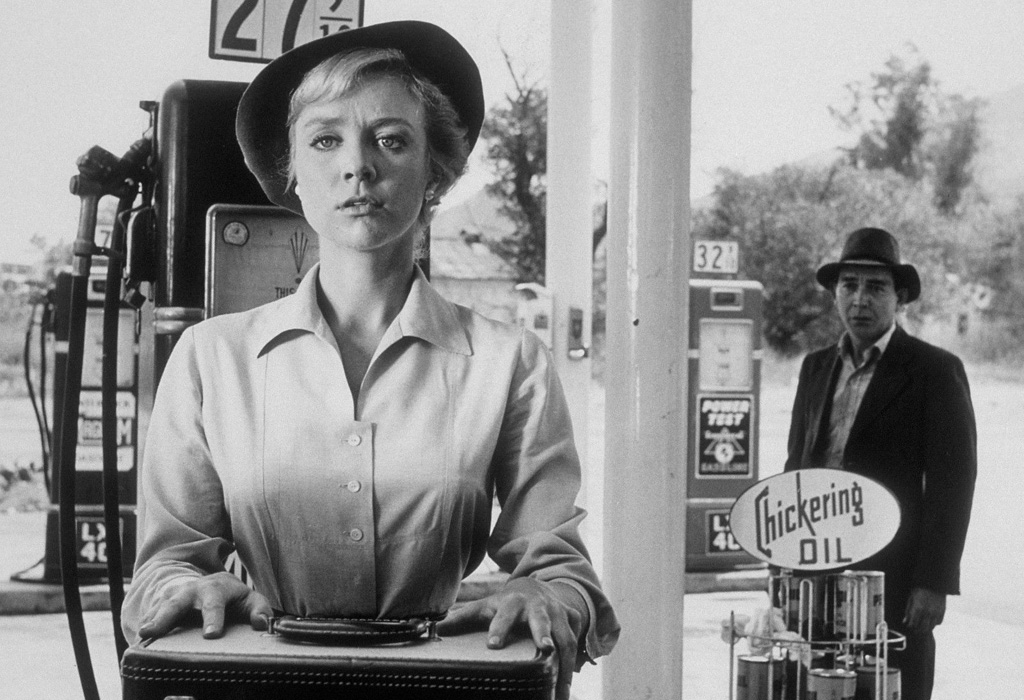 Route 66 is no stranger to roadside apparitions. In Albuquerque, New Mexico, the spirit of La Llorona, the weeping woman, is said to wander along a draining ditch called the Arroyo, searching for her lost children (who she murdered).

At the end of Menual Boulevard in the foothills, visitors often hear sounds of screaming and dragged bodies. Legend has it that an old man once lived in the caves at the top of the hill who had a penchant for prostitutes and murder. He haunts the roadside, walking and swinging a lantern with unseen hands.

Meanwhile, the tortured souls of those who have lept to their death haunt the soaring expanse of the Arroyo Seco bridge, located in Pasadena, California. When the moon is full, and conditions are right for things that go bump in the night, the weary Route 66 traveler may very well come across one of these suicidal phantoms seeking peaceful release from this earthly realm.

Its the same story for the dozens of other “hot spots” found in the forgotten nooks and crannies of old 66 where motorists have lost their lives. The bridge at Devil’s Elbow, Missouri is an active venue for spectral disturbances; it’s victims often clamoring for attention. Same story for the treacherous “S” curve located in Bushland, Texas–another death trap (until they finally re-routed traffic around it) that claimed countless lives during the early years of the road.

Along a ghostly stretch of the old road between Weatherford and El Reno, Oklahoma, both travelers and residents alike have reported the sighting of a decrepit old man—with a humped back no less—making his way along the side of the highway. Dressed in a fedora and trenchcoat, he comes from the dark side prepared for the weather, since it’s often on foggy or rainy nights that the apparition makes his ghostly presence known.

As people tell the tale, the old codger is picked up by a good Samaritan passing by. He climbs into the car but makes not a sound, despite repeated interrogations by the driver. After some miles, the chimera makes his move and without warning, attempts to leap from the moving vehicle. Of course, when the driver stops the car to let the man out, he has already vanished. Returning to the road, the driver comes upon the old man once again, still walking.

And so goes the tale of the vanishing hitchhiker, the subject of a classic Twilight Zone episode of the 1960s. In this Serling teleplay, Nan Adams is traveling across the country when she encounters the hitch-hiker. She sees him on numerous occasions and becomes convinced that he’s trying to kill her. She eventually attempts to run over the man to free herself, but in a macabre twist discovers that she is in fact dead. Her car flipped over at the start of her journey, and the pesky hitch-hiker is merely the grim reaper. Distraught and confused, she returns to the car and looks in the vanity mirror on the visor. Instead of her reflection, Nan sees the hitchhiker in her place. “I believe you’re going ... my way?”, he inquires.

The hitchhiker tale has many variations, one of the most popular being the hook-armed man, a crazed killer who has escaped from a mental institution. His victims are the unwary visitors to lover’s lanes and other quiet spots along where lovers pursue their amorous activities. It begins with a scratching coming from outside of the car, with no one is sure what it is. Scared witless, the lovers pull away. Only later do they see that the hooked arm of the man is attached to their vehicle and that they were moments away from death.