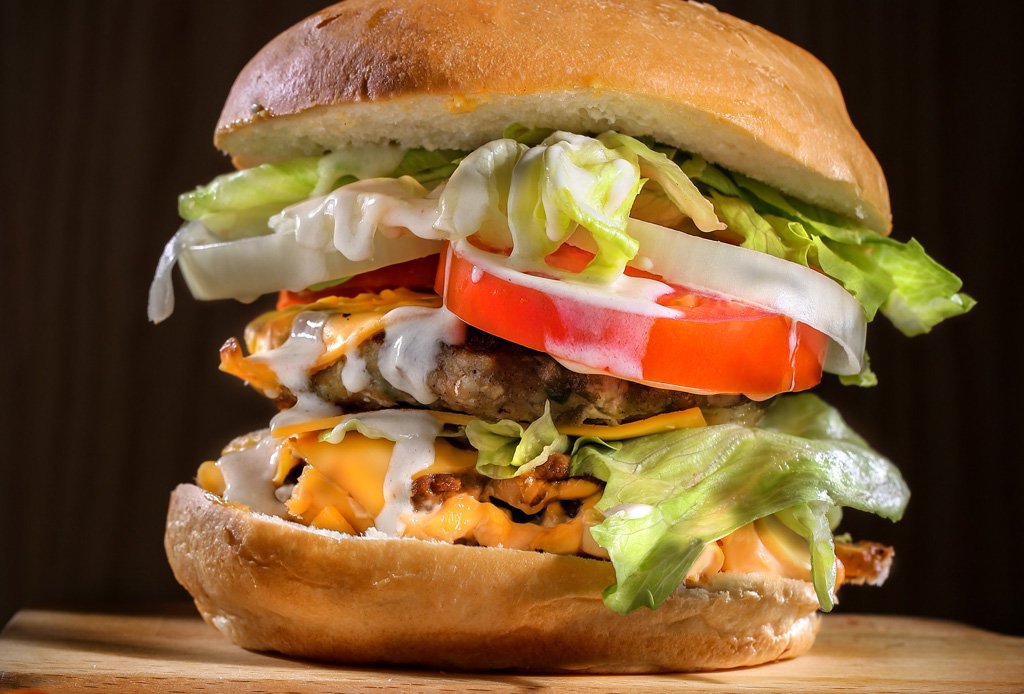 Hamburger architects need a discerning palate and eye for detail • Courtesy of Pexels.com

Hamburgers made their debut on the food scene as irregular lumps of chopped beef, hand shaped according to the improvisational jazz of lunch counter short order. During the early years, long before the cookie-cutter aesthetics of the Big Mac came into vogue, concerns over circular uniformity and ingredients were minimal.

When fry by the seat of your pants legends Charlie Nagreen and Frank Menches formed ground round for the griddle, personal artistry ensured that every burger was a unique one. Irregularly molded perimeters of meat—with one piece more or less hanging out at one side or the other—didn’t affect taste. At the time, it was all part of their appeal.

Redeemed of their dubious reputation by the mid-1930s, the individuality of America’s beef patties slowly waned. Suddenly, the proprietors of roadside food businesses followed the preparatory parameters of the White Castle outlets. Mixing in just the right amount of fat became a major concern, the quality of meat of utmost importance. Approved by the public, the unvarying look of the “assembly line” became the credo for hamburger standardization.

Aiding this quest for a perfect burger blob, manufacturers of restaurant equipment soon introduced a useful arsenal of kitchen gadgetry. The Sanitary Hamburger Press Company marketed a hand-operated device capable of producing meat cakes possessing identical specifications. With the speed and accuracy of three hyperactive butchers, eleven precise “patties of meat” could now be extracted from just one pound of grind.

For even the most addle-minded Burgermeister, creating an exacting succession of identical “hamburger sandwiches” was now second nature. Anybody could do it: a minced batch of meat was loaded into one end and a crank was turned. Extruded wheels of beef, 3 1⁄2 inches in diameter by 1⁄4 inch thick plopped out from its bottom—untouched by human hands! The age of burger boredom had officially arrived.

Fortunately, the visual aspects of the hamburger were re-energized when restaurateur Bob Wian created his famous double-decker creation in 1937. By simply adding a center slice of bun, what had fast become a mundane marriage of beef and bread was elevated to a new level. In a perfect example of art imitating life—or in this case food mimicking architecture—multiple stories of beef, lettuce, cheese, relish, and sesame seed bun resulted in what would become the motoring crowd’s ultimate Dagwood.

Reincarnated as a fast-food representation of the streamlined designs typical of Simon’s, Herbert’s, Carpenter’s, and a long list of structures being erected to serve customers within their chariots, the once disreputable hamburger attained an aura all its own. All grown up and dressed to the hilt, it was a “Big Boy” now—a hand-held monument to American ingenuity and culinary pluck.

By the 1950s, hundreds of millions of hamburgers were being sold each year. Coming as no surprise, the popularity of hot dogs, barbecue, grilled cheese, chili con carne, steak sandwiches, and even the chipped beef platter fell quickly to a position at the bottom of the menu. The culture born of the motorcar finally had food it could hold in one hand and still eat while driving the strip.

Portable, palatable packages perfectly suited for eating-on-the-go, hamburger sandwiches are now solidly established for all forms of bench-seat snacking. To this day, they continue to sizzle as the quintessential staple of the American road.