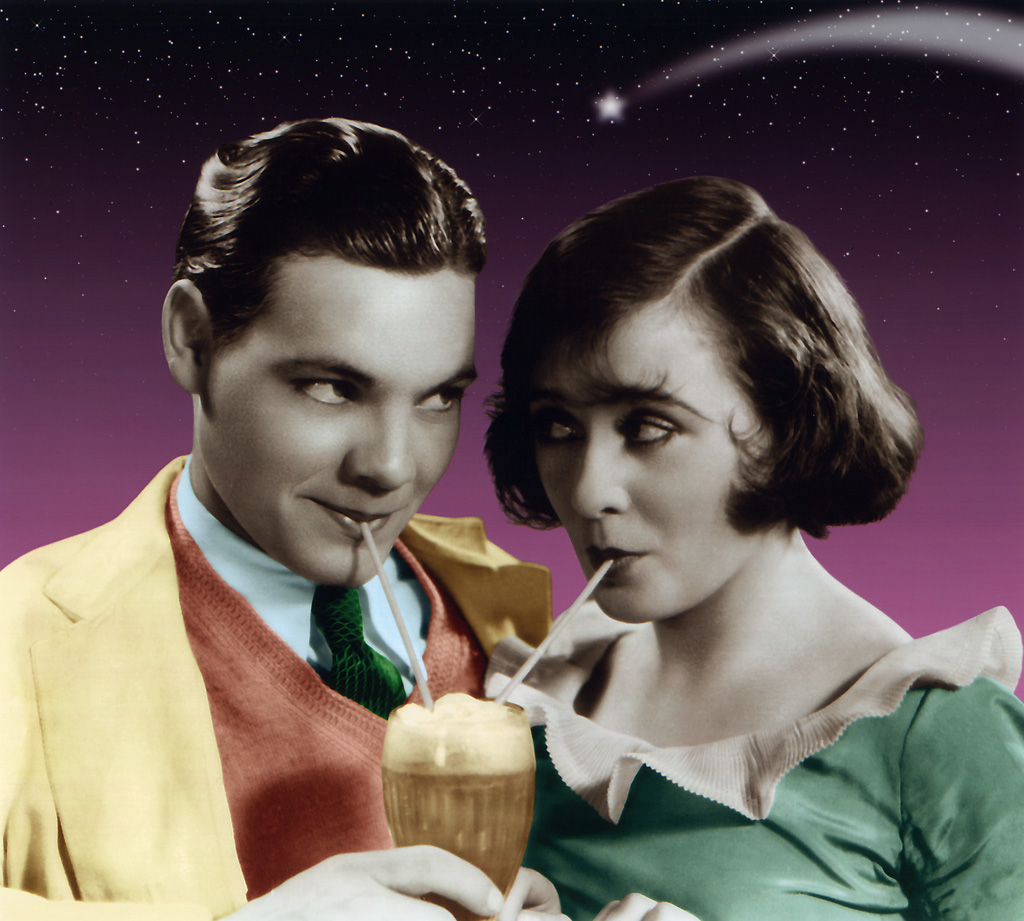 America’s first ice cream soda fizzed to life in October of 1874. At the time, Robert Green was working as a soda fountain concessionaire at the Franklin Institute’s exhibit in Philadelphia. Serving drinks from a three-foot square dispenser, he ran out of cream for a popular beverage. Plopping a large dollop of ice cream into a flagon of flavored seltzer, he created the ice cream soda.

After sneaking a tentative sip, Green was wowed: the resulting blend of soda, syrup, and frozen cream was delightful! Without hesitation, the innocent libation was added to the menu, and by the end of the exhibition, customers showed approval by cracking their money purse. Green was taking in over $600 dollars a day in ice cream soda sales alone!

As more and more customers sampled the creamy texture of the new drink, word of the frosty frappé spread among the locals—then to surrounding states. The phenomenon spread quickly and soon, ice cream sodas were slurped in fountains from New York to California.

After two decades of unbridled consumption, a placated populace began to recognize Green’s handiwork as “the national beverage.” As the soda addiction took root, Pious Mid-Western clergymen were quick to observe that the lascivious consumption was becoming uncontrollable. Not only were some Americans practicing gluttony during the week—they were now neglecting the Sabbath day of worship! The hedonistic act of sipping (what was soon referred to as) “the immoral soda” became a pleasurable substitute.

It wasn’t long before pulpits became platforms for heated sermons. Men of the cloth rallied against the loathsome drink and denounced the country’s twisted devotion to the dogma of the ice cream parlor. God-fearing congregations took heed of the warnings, and before long—a throng of righteous citizens initiated a campaign outlaw sales of the corrupt concoction.

During the 1890s, Evanston, Illinois became the first principality to enact laws against the “Sunday Soda Menace.” Two Rivers, Wisconsin followed with their own legislation—and soon, the banning of Sunday ice cream sodas spread nationwide! Liberated Americans, who had finally discovered a legal substitute for alcohol, became the target of a new prohibition. To the disbelief of many, a simple mixture of carbonated water and ice cream entered an illegal domain.

Incensed at the excommunication of one of the best products the confection business had, fountain proprietors began searching for the ice cream soda’s savior. Another “forbidden treat” had to be found—one that would legally circumvent the Sunday blue laws.

The most believable account credits fountain owner Ed Berners of Twin Rivers with the unassuming creation of the new dessert. As the story goes, George Hallauer came in for a dish of ice cream and desired chocolate syrup be poured over it. Berner sampled it himself—liked it, and began to sell “ice cream with syrup” for the same price as a regular dish.

After customers began demanding it, George Giffy was forced to sell the nickel a dish treat at his soda bar in nearby Manitowoc. Afraid he was losing money on the combination, he limited sales of “the Sunday” to the seventh day.

When Giffy realized its profitability, he started promoting the “Soda-less Soda” throughout the week. To disassociate the treat with Sunday only sales and to satisfy the vigilant clergy, the spelling was eventually altered. While the ice cream soda was not entirely forgotten, Americans now had ... a new Sundae.