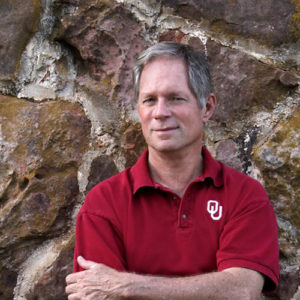 My involvement with this project began when I was contacted as a potential source for photographs. As an incorrigible roadside culture addict, I have a history with the Witzels that goes back a number of years. So naturally, I was willing and honored when asked later to craft a few words as a sneak preview to this fascinating odyssey called Legendary Route 66: A Journey through Time along America’s Mother Road.

As the title suggests, what follows is a venture down America’s Main Street, but it is one unlike any before. Instead of hearing from the usual suspects, you are about to meet a remarkable ensemble of characters who, for the most part, have been lost in time but whose stories are both compelling and central to the highway’s legacy. And instead of images of the usual icons, a delectable photographic smörgåsbord awaits, served up steaming and generous from the dishes of past and present alike.

Along the roadside you will meet Seema Aissen Weatherwax, a one-time darkroom technician to Ansel Adams who toured migrant camps with Woody Guthrie and tells a touching tale of that experience just three months before her passing at age 100. Actress Shirley Mills, who played Ruthie Joad in the film adaptation of John Steinbeck’s Pulitzer-prize winning novel, reveals what it was like on the set of The Grapes of Wrath. Mildred “Skeeter” Kobzeff remembers working as a carhop at the Airdrome, the first food stand owned by the McDonald brothers in Monrovia, California.

These profiles and others represent an integral part of the highway’s biography, and while A Journey Through Time is not intended to be a historical record, milestone events in the road’s evolution are used as sturdy thread to stitch it all together. Route 66 imprinted itself indelibly on the minds of millions, first as an early hard-surface roadway to western wonders and later as an avenue of escape from the withered lands of the central Southwest. As the vacation highway of post-WWII America, the Mother Road quickly endeared itself to a new generation of motorists born with a persistent itch to travel, to be “going somewhere.”

And while the highway’s identity was by then deeply rooted, it was the 1950s rush toward the future that brought irresistible pizzazz in the way of tailfins and tourist traps, motor courts with swimming pools, and boulevards splashed end to end in pulsing neon. For over a decade the road hummed with boundless opportunity and adventure. Ironically, its popularity soon set in motion the wheels of its own demise.

To explore Route 66 today is to return to an old homestead. The paint may be peeling in places and the roof sagging a bit, but the electricity works most of the time and there is plenty to reminisce about while strolling the grounds and poking about. ‑hard caretakers are still there, keeping the faith and making improvements, and each year the pilgrimage grows as family members yearn to relive the glory years and to feel the caress of days gone by. Being there makes you appreciate what used to be. It makes you miss it, too.

So turn the page now and let’s get started on your own personal journey through time. Some of the highway’s most enduring keepers are waiting to make your acquaintance.